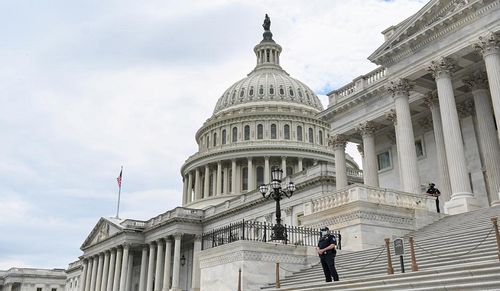 00:13 | 1LURER.AM | 2
A resolution on recognition of Artsakh's independence was submitted to the House of R...

01:22 | ARAVOT.AM | 1
The proliferation of diversionary actions by Azerbaijan is in no way indicative of an... 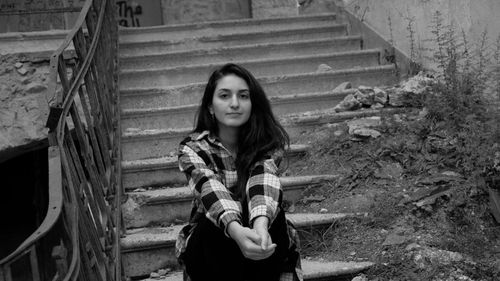 Public Radio of Armenia. French President Emmanuel Macron has called the beheading of a teacher in a north-western suburb of Paris an “Islamist terrorist attack,” the BBC reports.

The victim is said to have shown controversial cartoons of the Prophet Muhammad to his pupils. The attacker was shot dead by police.

Mr Macron said the as yet unnamed teacher was murdered because he “taught freedom of expression”.

“They won’t win… We will act,” the president said from the scene.

The attack occurred at about 17:00 local time (15:00 GMT) near a school. Anti-terror prosecutors are investigating.

The knife-wielding attacker was shot as officers tried to arrest him in the aftermath of the attack. Police have not released any personal details about him.

1
The powerful smile of the army. Photo from the front line

1
Armenia MOD: The situation remains stable and in our control

1
Forced to live. Life goes on in Askeran

19:27 20/10
ARMRADIO.AM
1
Women of Artsakh are baking Zhengyalov Hats in Yerevan. The profit will be donated to the army

18:56 20/10
1LURER.AM
1
Former Co-Chair of the OSCE Minsk Group touched upon the Karabakh conflict

17:52 20/10
1LURER.AM
1
Jews joined the demonstration of the Armenian community in front of the Israeli consulate in US

17:38 20/10
1LURER.AM
1
Tomorrow the National Assembly will convene a special sitting

17:31 20/10
1LURER.AM
2
Medical care of the servicemen is carried out evenly, in accordance with the current procedure. MօD

17:20 20/10
ARMRADIO.AM
1
Glory to the Homeland, whose children are patriots։ Armenian soldier

17:04 20/10
1LURER.AM
1
The children of Artsakh were hosted at the presidential residence

16:42 20/10
1LURER.AM
3
Azerbaijan is using banned weapons against the civilian population of Artsakh

15:55 20/10
1LURER.AM
1
Tiran Khachatryan and Andranik Piloyan will be awarded the title of

15:21 20/10
1LURER.AM
1
RA Foreign Minister had a telephone conversation with the UK partner

15:03 20/10
1LURER.AM
2
The remote control camera of Bayraktar TB2, destroyed yesterday, is made in Canada. DM speaker

14:01 20/10
1LURER.AM
1
The only issue on the Co-Chairs' agenda is the implementation of the ceasefire. Kocharyan

13:17 20/10
1LURER.AM
1
I am grateful to Canada for the decision to stop provide military equipment to Turkey. RA President

12:59 20/10
ARAVOT.AM
1
Further progress made towards military mobility in the EU

12:44 20/10
ARAVOT.AM
1
Artsakh’s Foreign Minister emphasized that the international community cannot remain neutral when a choice between war and peace is at stake, because by its indifference it contributes to the isolation of the people of Artsakh

12:43 20/10
1LURER.AM
1
The directions of the support of the RF Armenian community to Artsakh were discussed

12:28 20/10
1LURER.AM
1
EU Ambassador to Armenia assured - Europe knows that Azerbaijan started the war at the hands of Turkey

11:41 20/10
1LURER.AM
1
Necessary food and medicine are delivered to the people in the shelters of Artsakh. HLIB

11:25 20/10
ARMRADIO.AM
1
George Clooney expresses hope that peace will be re-established in Artsakh soon

11:15 20/10
ARAVOT.AM
1
Third rally of the Armenian community of Argentina for the international recognition of Artsakh

11:11 20/10
1LURER.AM
2
A resolution recognizing Nagorno Karabakh has been submitted to the French Senate

10:06 20/10
ARAVOT.AM
1
It is time to show that no one has canceled the right of a child to enjoy happy childhood; mother’s right to grow up her child in peace and the right of grandmothers and grandfathers to their lives in dignity

09:16 20/10
1LURER.AM
1
The UN Security Council discussed the issue of monitoring the ceasefire in the Nagorno-Karabakh conflict zone
Similar news