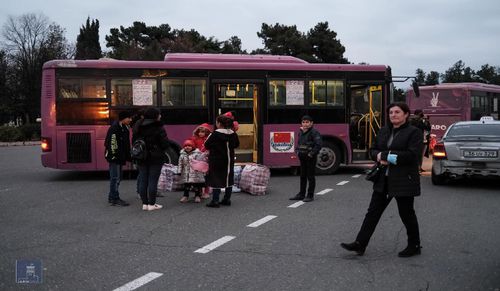 President of Artsakh Arayik Harutyunyan made the decision pursuant to paragraph 21 of Article 93 of the Constitution of the Republic of Artsakh, and based on the law “On State Awards of the Nagorno Karabakh Republic.

“For exceptional services rendered to ensuring the defense and security of the Homeland, for courage and personal bravery, commanders of military units of the army, Major-General Karen Shakaryan and Lieutenant Colonel Hunan Hayro...

05:55 01/12
ARAVOT.AM
1
Updating and relaunching the Charter of European Political Parties for a Non-Racist Society

11:15 30/11
ARAVOT.AM
1
A family saw that Azerbaijanis are using their home as staff headquarters in video shared on social media
Similar news
Loading...